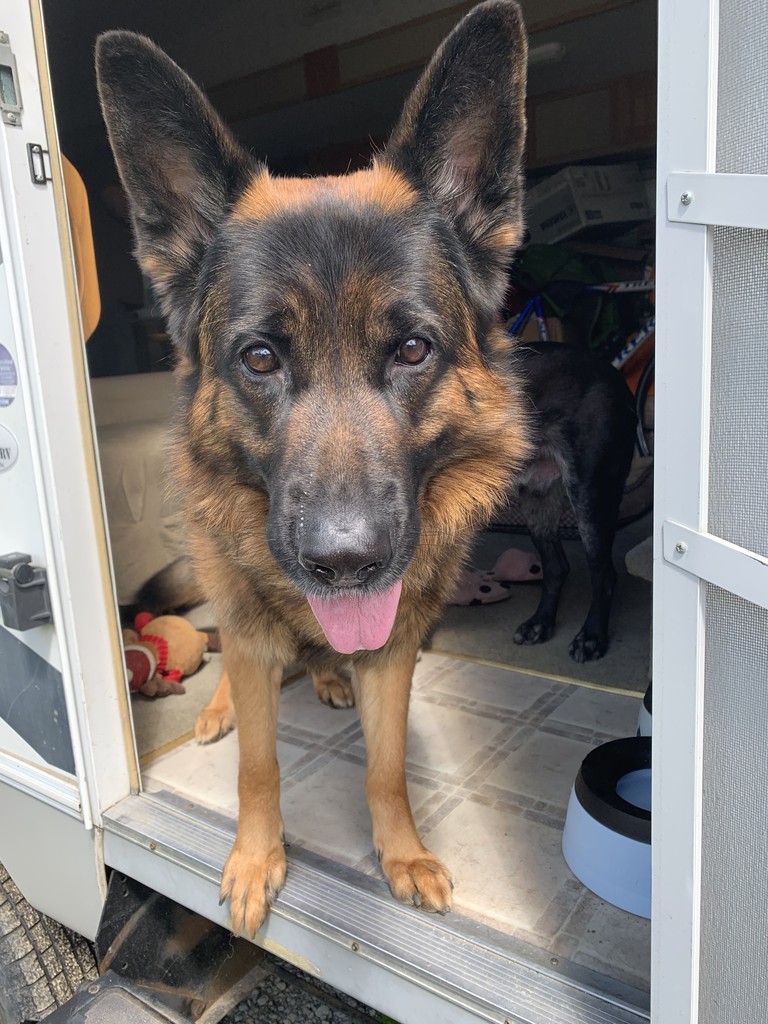 Both my husband and I have special love for German Shepherds.  After Vader, we got a puppy and named him Kylo.

Ever since puppyhood, Kylo was timid.  He grew up to have fear aggression.  Nobody other than hubby and I can approach him, let alone pet him.  However, he's super sweet and affectionate towards his family and pack.  We tried socializing him from puppyhood.  He just doesn't want anything to do with strangers and strange dogs.

I often compare him to Vader even though I shouldn't because every dog is unique.  He had nipped a couple of people because they tried to touch him.  For this reason, we avoid crowded area or have him with a muzzle on.  He also lives with husband due to too many aggressive small dogs in my neighborhood.  He's less tolerant of dogs acting up towards him than Rosie.  With his size, controlling him physically is a challenge.

I don't know why we ended up with the extreme opposite of Vader.  I wish he could be docile like Obi.  Nevertheless, all dogs deserve love and a good home.  When I get frustrated with Kylo, I think about the one who was put to sleep at the shelter years ago because he was deemed aggressive.  That could be the fate of Kylo too as he's worse.  I can never let that happen.

Well, you don't always get what you want in life.  You are to manage what is dealt to you.  Kylo is loving to his family and he's a great protective dog.  He just can't be around other people and dogs.  I'm ok with that since I don't really like hanging out with people anyway...