After initially standing by the safety of the vaccine, German health minister Jens Spahn said Monday that the country would pause inoculations as a precaution, following reports of a handful of cases of blood clots in people vaccinated with the AstraZeneca shot in Denmark and Norway.

France and Italy also halted their rollouts of the vaccine Monday, pending review by the EU's medicines regulator, the European Medicines Agency (EMA), although the body later reiterated its advice that countries stick to the rollout. 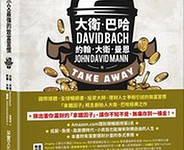