Lover, should be love Chang Qian

留言 0 收藏 0 推薦 0
After a brief marriage to understand the feelings of the so-called, is from the hand start. Grew up in the countryside, also did not like the neighborhood children like flying out of the mountains. After graduating from high school, with the home fans together, in a strange city bathed in others eyes, a drift that is two years. ­

02 years, left his hometown of a large force, a person comes to Lanzhou. Life is not moist, but at least they can dominate the time and money. Although the day is like white open blisters on instant noodles as tasteless, but can also be eaten. Perhaps all married is people's habits, and I also followed this habit. ­

When Mei is in the parents under match. As I grew up, parents are very anxious in girls "screening" the future daughter-in-law. Mei is also the parent of quasi daughter-in-law choice. The first time to see her, found that she is a very shy and introverted girl, didn't speak when basically can image, is she give a daughter of a humble family feeling, if not too many consider the case I will still follow the wishes of their parents. ­

After two months together (in two months we just symbolic met two times) in the dear people blessing into the marriage hall. But before that we had never held each other's hand, not to mention the kiss. Because I did not know at the time, to accompany your life, you have to learn to hold her hand. Perhaps it is because of these, will be doomed to our final apart. ­

Married a month, we began to live in each other making excuses and lies, perhaps this is what we are parted and a foundation for the creation of. After the separation, we basically do not go, even a lot of holidays, I don't think. In this silence but they also understand the story, both on the side looking for a friend, friends for a group of a group, there was no time to stay. No love no love, more confusion. ­

Finally one day, I met her, destined to be my lover. In my life the winter he is through, I know this is God's gift. Hold her hand and said: love, desire to sleep in your arms, let the dream also initiation of spring branch. A lifetime of happiness really is from the hand to start? I hesitate to have asked themselves, but the fact that met in hand is the only way which must be passed our feelings, even if it is a little bit of speculation will bring you many flaws.

上一篇：Alive, why not free and easy 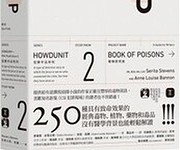